A logo of the Church of Spiritual Technology

The Church of Spiritual Technology, also known as CST, is a Californian 501(c)(3) non-profit corporation[2], incorporated in 1982, which owns all the copyrights of the estate of L. Ron Hubbard. The CST is doing business as L. Ron Hubbard Library. The organization receives its income from royalty fees paid to it by licensing of the copyrighted materials of Dianetics and Scientology to Scientology-connected organizations approved by the Religious Technology Center, and from its wholly owned for-profit subsidiary Author Services Inc. which publishes and promotes Hubbard's fiction works.[3]

In a 1993 memorandum by the Church of Scientology International, the role and function of CST has been described as follows:

"[...] CST [...] is an autonomous church of the Scientology religion outside of the international Scientology ecclesiastical hierarchy. CST conducts an extensive program of activities to preserve and archive the Scientology Scriptures for use by future generations. CST also owns the option to acquire RTC's rights to the Scientology advance[d] technology and religious marks under three narrowly defined sets of circumstances, each of which contemplates a serious threat to continued existence of the religion. CST is the principal beneficiary of Mr. Hubbard's estate, provided that it obtains recognition of its tax-exempt status. [...]"[4] 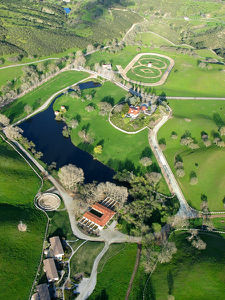 The Church of Spiritual Technology (CST) was incorporated by Sherman Lenske in Woodland Hills, California on May 27th, 1982[5]. The Bylaws of CST were signed on June 7th, 1982 by its General and Special Directors, who were at that time Lyman Spurlock, Rebecca Pook, Maria Starkey, Stephen A. Lenske, Sherman D. Lenske and Lawrence A. Heller[6]. In 1986, CST's Articles of Incorporation were amended to clarify the "disposition of the corporation's assets upon dissolution"[7].

The existence and founding of CST is intimately connected to the creation of the Religious Technology Center, which was incorporated on January 1st, 1982. Shortly after its inception, RTC received on May 16th 1982 "the ownership, supervision and control" of the trademarks and service marks, identifying "Scientology applied religious philosophy" and "Dianetics spiritual healing technology" by the originator and founder of Scientology, L. Ron Hubbard through a so-called "Assignment Agreement"[10].

This agreement was subject to an additional "Option Agreement" between Hubbard, RTC and CST. In two so-called "Option Agreements" from May 1982, Hubbard granted CST the right to purchase at any time from RTC the "Marks", the "Advanced Technology" and all the rights to them for the sum of $ 100[11][12].

Parallel and similar sounding agreements between Hubbard, RTC and CST were created during that period concerning the so-called "Advanced Technology," which consists of unpublished derivates of Scientology's confidential "Advanced technology"[13].

Under these agreements, RTC is forced to turn over 90% of its net income to CST. A document from 1991, reflecting the "financial money flows" of RTC during the year 1989, actually showed a turnover of 59% of RTC's net income towards CST[14].

California Business Search as of December 15, 2014:

The CST oversees the Scientology scriptural archiving project, which aims to preserve the works of Hubbard on stainless steel tablets and encased in titanium capsules in specially constructed vaults throughout the United States.[16] The most famous example is the Trementina Base, an underground vault built into a mountainside near Trementina, New Mexico. It is marked by a CST logo visible only from the air and was built in the late 1980s.[17][18]

The very first time the Church of Spiritual Technology was mentioned publicly to scientologists by COB RTC David Miscavige in 2000 on the New Year's event. [19] Its founders included Meade Emory,[20] a non-Scientologist who used to work for the Internal Revenue Service but went into private practice as a tax lawyer. He was hired as a specialist for the complex Internal Revenue Codes. The Church of Scientology International and most Scientology organizations settled with the IRS about 11 years later when the service passed a resolution in 1993 declaring them tax-exempt.

This category has the following 22 subcategories, out of 22 total.

The following 3 files are in this category, out of 3 total.