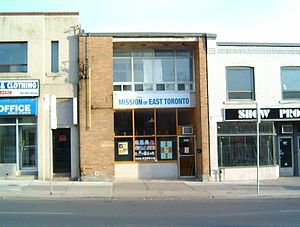 This term could refer to a number of things in Scientology.

A Mission is a Scientology franchise. A mission package costs ~$40k.[dox]

The most memorable event in Mission history was the "Mission Holder Massacre" that occurred October 1982, when many Mission Holder were stripped on their franchises, including assets, and kicked out of Scientology. After that point, missions were operated under much tighter Scientology control.[1]

This category has the following 5 subcategories, out of 5 total.